"Wintertide at Year's Birth: Songs and Stories of the Season"
Drawn from a variety of styles and with historical/folklore narrative
For info: http://www.firstnighthartford.org/ 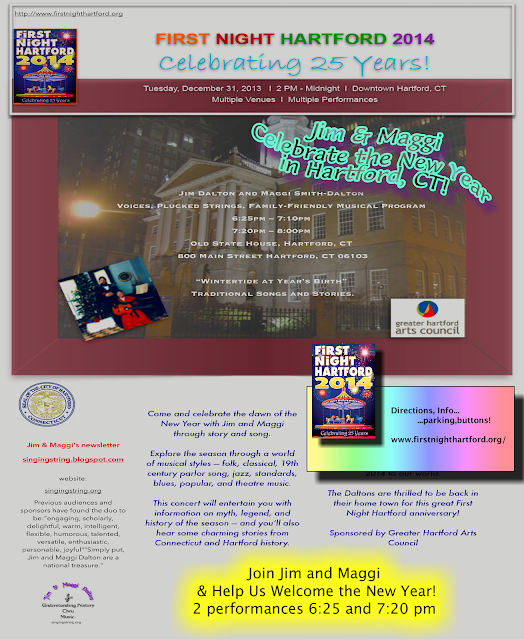 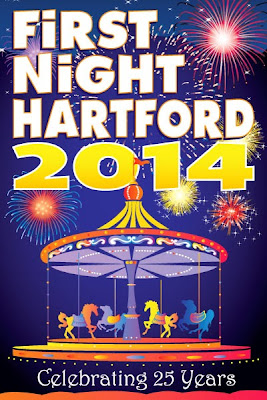 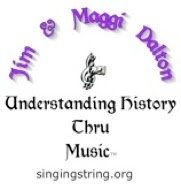 Posted by Maggi Smith-Dalton at 12:51 PM No comments:

Warm Wishes to All This Happy Season! 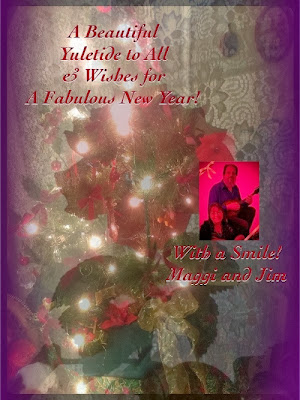 Posted by Maggi Smith-Dalton at 11:31 PM No comments:

Posted by Maggi Smith-Dalton at 9:35 PM No comments: 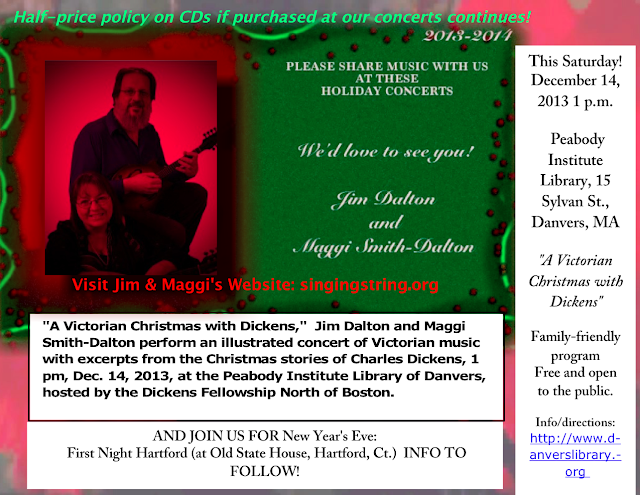 "A Victorian Christmas with Dickens,"  Jim Dalton and Maggi Smith-Dalton perform an illustrated concert of Victorian music with excerpts from the Christmas stories of Charles Dickens, 1 pm, Dec. 14, 2013, at the Peabody Institute Library of Danvers, hosted by the Dickens Fellowship North of Boston.

You are invited to participate on Dec. 14, 2013, 1 p.m., at the Peabody Institute Library of Danvers, 15 Sylvan St., Danvers, Mass., (http://www.danverslibrary.org) when the Dickens Fellowship North of Boston will host a special, family-friendly musical/historical program,  "A Victorian Christmas with Dickens," presented by musicians and historians Jim Dalton and Maggi Smith-Dalton.

This illustrated Victorian Christmas music program, featuring excerpts from Dickens' various Christmas stories, will use period American and British music. Songs and instrumentals will be performed live by the husband-and-wife team, in costume, and with period-appropriate instruments and style.

Members of the Dickens fellowship will also lead games and dances at special points in the program. Families are encouraged to attend in Victorian costume.

The Daltons have toured nationwide and have been featured often on commercial and NPR public radio, on television and in major-market newspapers and magazines.

Honored by several state arts agencies, the Daltons have released four recordings and compose and perform original material. They designed a full spectrum of programs which they have performed throughout the United States, appearing at nationally-known historic sites such as Colonial Williamsburg; at colleges, in concert series, at festivals, at historical societies, for organizations of every description. More information may be found on their Website: singingstring.org.

As artists-in-residence at various community and educational centers, they have presented series which address American history and various other topics in the humanities, using music as the core of each session. Jim Dalton is on the faculty of the Boston Conservatory. Maggi Smith-Dalton has published two books of regional history, and wrote a weekly column on Salem history for the Boston Globe from 2010-2012.

Jim Dalton and Maggi Smith-Dalton are founders and directors of the American History and Music Project, and the Salem History Society, both  of which are administered by the Institute for Music, History, and Cultural Traditions, a 501c3 Nonprofit Cultural, Educational, & Scholarly Organization.


Posted by Maggi Smith-Dalton at 11:36 AM No comments: 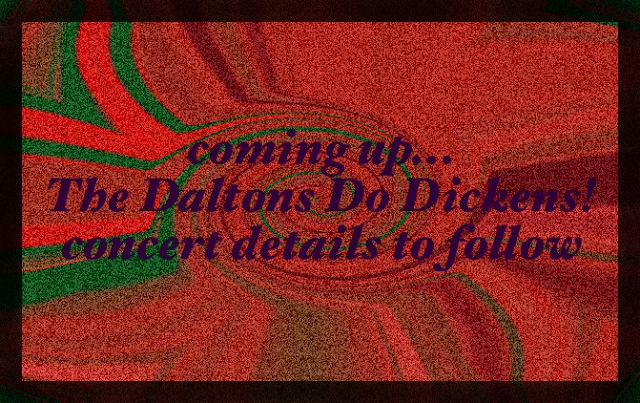 Posted by Maggi Smith-Dalton at 9:25 AM No comments:

Holiday Special on our Recordings! 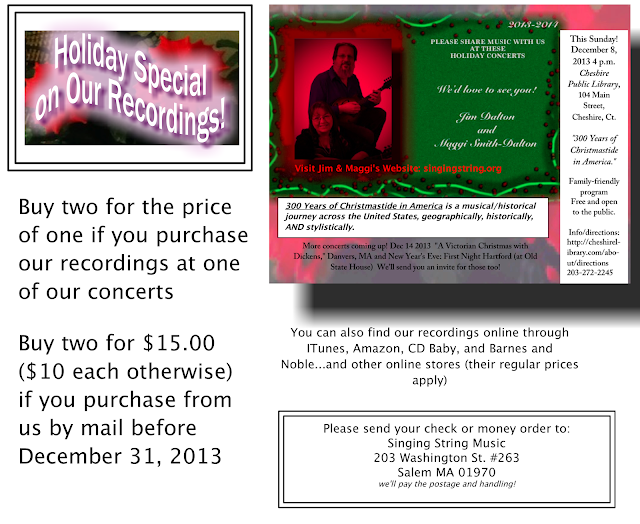 Hope to see you tomorrow in Cheshire, Ct. at our Concert! Cheshire Public Library, Main Street, Cheshire,  4 pm free and open to the public

HOLIDAY SPECIAL ON OUR RECORDINGS!

*You can also find our recordings online through ITunes, Amazon, CD Baby, and Barnes and Noble...and other online stores (their regular prices apply)
Posted by Maggi Smith-Dalton at 4:34 PM No comments:

300 Years of Christmastide In America


Join musicians and historians Jim Dalton and Maggi Smith-Dalton  December 8, 2013, at 4 p.m. when the Cheshire Public Library, 104 Main Street, Cheshire, Ct. hosts their special musical/historical concert program  "300 Years of Christmastide in America." The family-friendly program is free and open to the public.

"300 Years of Christmastide in America" is a musical/historical journey across the United States, geographically, historically, AND stylistically.

The Daltons will present music from America's past interspersed with poignant, amusing, or surprising anecdotes, most of them collected from primary sources.

More concerts coming up! Dec 14 2013  "A Victorian Christmas with Dickens," Danvers, MA and New Year's Eve: First Night Hartford (at Old State House)  We'll send you an invite for those too! 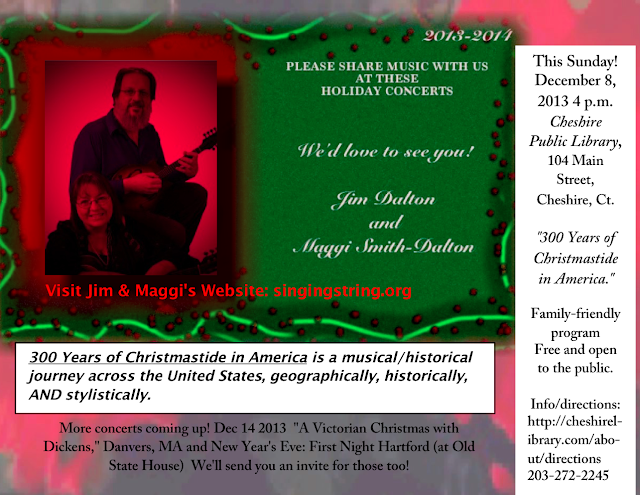 Posted by Maggi Smith-Dalton at 11:36 AM No comments: